Behind the Scenes at the New Behavior Center 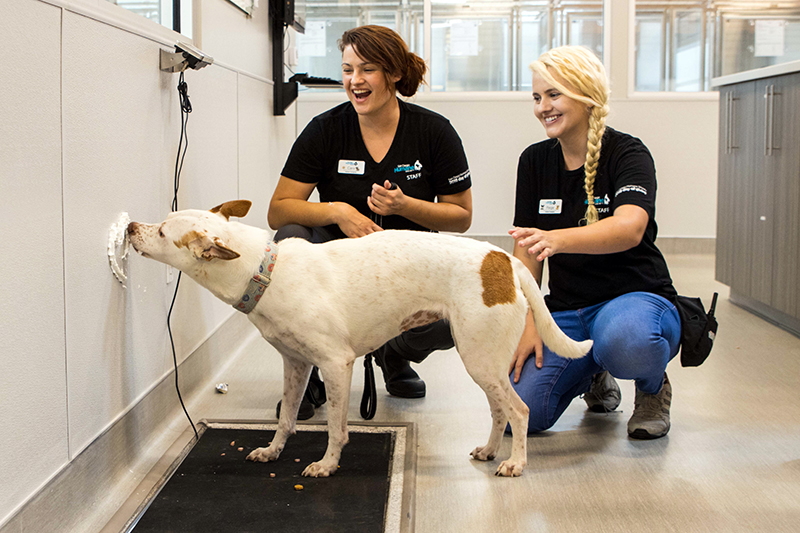 San Diego Humane Society debuted its Behavior Center’s new home in September 2019: a state-of-the-art 8,000-square foot facility and one of the only behavior centers in the country designed to give behaviorally challenged companion animals a healing space away from stressful shelter conditions. The seven-year-old program had previously been based at SDHS’s now-shuttered Sherman Street location.

Research played a big role in its design. For instance, cat areas are constructed using primarily horizontal bars. Studies show that cats instinctively scan their surroundings from side to side, and that vertical bars obstruct the process and cause unnecessary stress.

“This building takes the terror out of those animals and lets us give them what they come to us for—homes and loving families,” says Dr. Gary Weitzman, SDHS president and CEO.

SDHS’s behavior team crafts individual rehabilitation plans to address complex challenges including anxiety, fearfulness and resource guarding. With intensive training and guidance, hundreds of animals a year can grow into pets who are attentive, ready to learn and ready for adoption.

The center also plays a vital role in SDHS’s commitment to maintaining zero euthanasia of healthy and treatable pets. For animals previously designated “unhealthy” due to behavior issues, the Behavior Center represents their hope for a second chance. 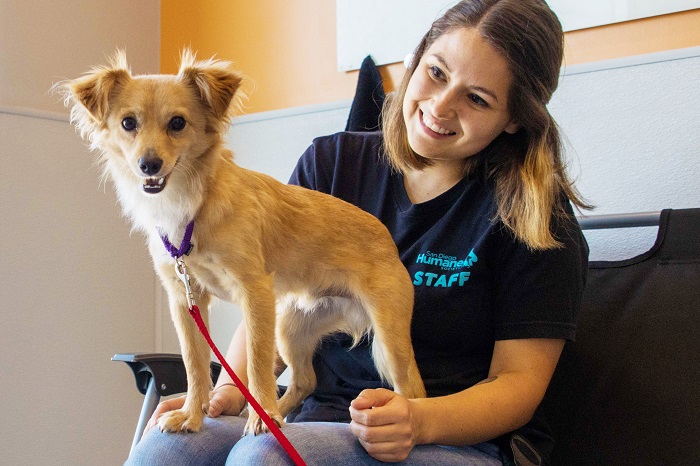 Behavior Center By the Numbers

cats can be kept in a specially designed wing, away from dogs and other stressors.

animals have been rehabilitated since the Behavior Center first opened in 2013.

weeks is the average length of time an animal spends at the Behavior Center.

The average cost per animal for a 12-week stay.

pounds of pet food are used each week.

pounds of treats (like hot dogs, cheese, cream cheese and chicken) are given each week.

A roaring snore, goofy smile and friendly soul won over Elisha Wright when she first met Capone — and those same traits captivated the judges in the 2022 Best in Rescue show!

Alexandra Horowitz is a leader in the field of canine cognition whose research paints a vivid picture of what life is really like for our beloved canine companions.

Multimedia Artist William Wegman has collaborated with his Weimaraners since the 1970s, creating photos and videos that have seized the fascination of art and animal lovers worldwide.

We're recruiting volunteers willing to foster animals for 30-90 days at a time. As the holidays approach, we are experiencing a shortage of foster parents willing to commit to volunteer opportunities that could last for up to 3 months.  Read More