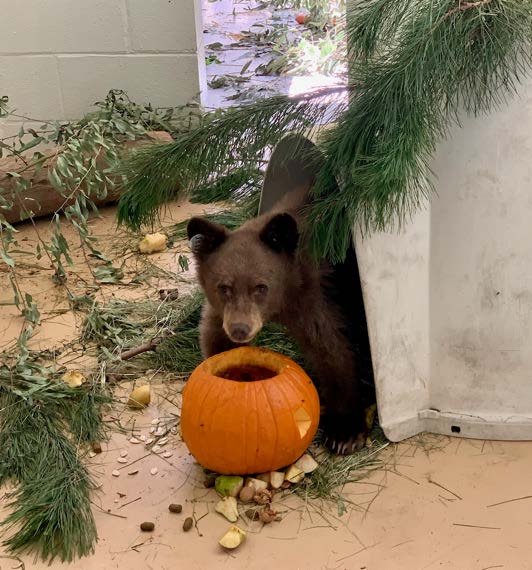 A bear cub who approached firefighters in Plumas County with burned paws during the Dixie Fire is receiving treatment at our Ramona Wildlife Center. The hungry cub was found on Aug. 31 on Grizzly Ridge in Plumas National Forest and taken to the California Department of Fish and Wildlife’s (CDFW) Wildlife Health Lab in Rancho Cordova. After being treated for minor burns to his pads, the male, 7-month-old cub was transferred to our Ramona Campus on Sept. 10 for continued care until he is old enough to be reintroduced to the wild.

The young cub will be housed with a group of three orphaned bear siblings, who just arrived in Ramona on Wed., Sept. 22 from the Performing Animal Welfare Society (PAWS) in Calaveras County. The three siblings were originally picked up by CDFW in Mariposa after a sow was found killed nearby. PAWS agreed to care for the triplets until their transfer to Ramona could be arranged. After their quarantine time has passed indoors, the four new cubs will have gotten to know each other and be ready for a large, outdoor enclosure.

With four additional cubs, our Ramona Wildlife Center is currently caring for six young bears in total. In August, two siblings were brought to San Diego Humane Society’s Project Wildlife team by CDFW after they were captured in the Three Rivers area. The bears had been seen without their mother, looking for handouts from people which ultimately leads to problems for the bears and humans. For their own safety and the safety of the public, CDFW captured the cubs.

“We are incredibly proud to be a part of the rehabilitation efforts of six orphaned bear cubs at the Ramona Wildlife Center,” said Christine Barton, director of operations & wildlife rehabilitation at San Diego Humane Society’s Ramona Campus. “This year has been extremely hard on our wildlife as wildfires continue to devastate our forests and the areas that bears and other animals call home. I think more of us will be called on to help provide a safe haven for these displaced animals as we face these challenging times together.”

"CDFW is extremely grateful to San Diego Humane Society’s Ramona Wildlife Center for their dedication and hard work, and for providing the specialized care these animals need,” said Christine Thompson, CDFW Senior Environmental Scientist. “We are very thankful for their partnership during these difficult times."

While at the Ramona Wildlife Center, the Project Wildlife team will provide a safe environment where the bear cubs can practice their natural skills and get the proper nutrition they need to grow, and eventually be released back in the wild where they belong. 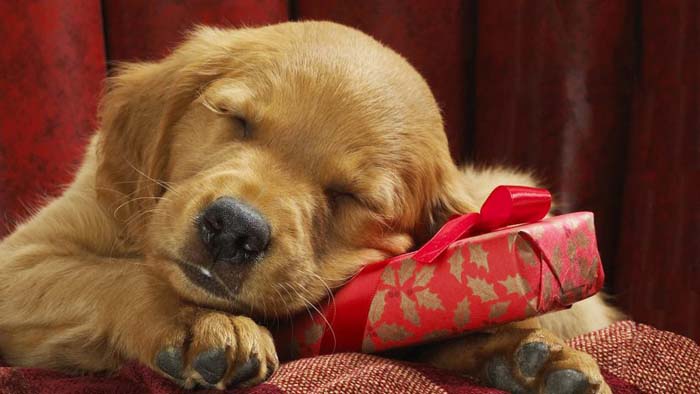