Our organization has more than 50 Humane Officers who are in the field 24 hours a day, seven days a week, making our communities safer for animals and the people who love them. This specially trained group of officers is equipped to enforce animal-related laws, respond to situations of cruelty, abuse and neglect, educate the public and work in partnership with local law enforcement agencies to help prosecute animal-related crimes. Our Emergency Response Team is even trained to go behind fire lines to care for animals in times of crisis.

Last year alone, Humane Officers were there for 26,147 animals, responded to 3,432 cruelty complaints and kept animals in 14 cities and 7 Indian Reservations throughout San Diego County protected. Those numbers are impactful — but they tell only a small part of the difference these officers make for animals. A day in the life of a Humane Officer can include anything from in-the-field rescues, educating the community about animal care, giving lost pets a ride home to their owners or saving animals from tragic situations.

No matter the situation, San Diego Humane Society’s Humane Law Enforcement team is there to help animals in need — like the fragile 3-week-old kitten who was rescued by a Humane Officer from a recycling bin. His foot and tail had been severely injured, and the officer brought him straight to San Diego Humane Society’s Pilar & Chuck Bahde Center for Shelter Medicine for emergency treatment. After around-the-clock care and medication to manage his pain, the kitten eventually made a full recovery — and he was adopted by the same Humane Officer who rescued him. 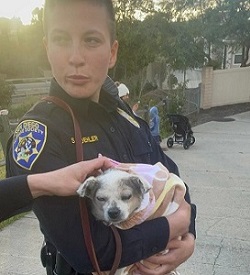 When Cici, a 13-year-old Chihuahua with limited vision, fell down a 14-foot storm drain in San Marcos, Humane Officers rushed to the scene, along with the San Diego County Sheriff’s department and San Marcos Fire Department. Together, they brought Cici to safety. Our Humane Officers were able to scan Cici’s microchip and return her to her owner down the street.

And when a horse named Mackey fell after a cliff collapsed during a ride in Carmel Valley, San Diego Humane Society’s Emergency Response Team and the City of San Diego Fire Rescue Department sprang into action. Thanks to the combined efforts of rescuers, Mackey was airlifted by helicopter to safety, medically assessed and then transported safely back home. 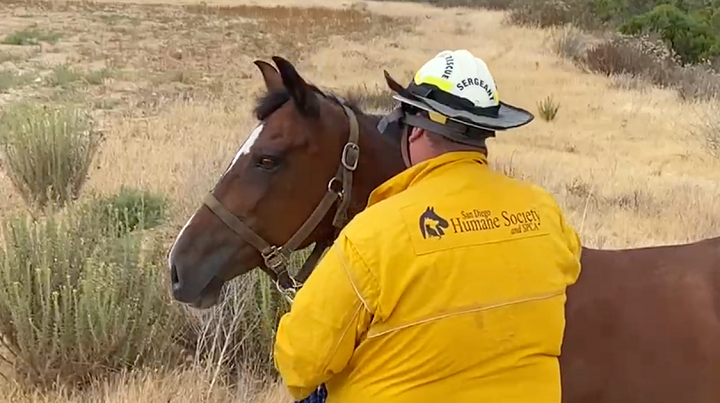 These stories are three of thousands that Humane Officers make possible every year. Learn more about the work of San Diego Humane Society’s Humane Law Enforcement team and follow us on Facebook, Twitter and Instagram during National Prevention of Cruelty to Animals month. 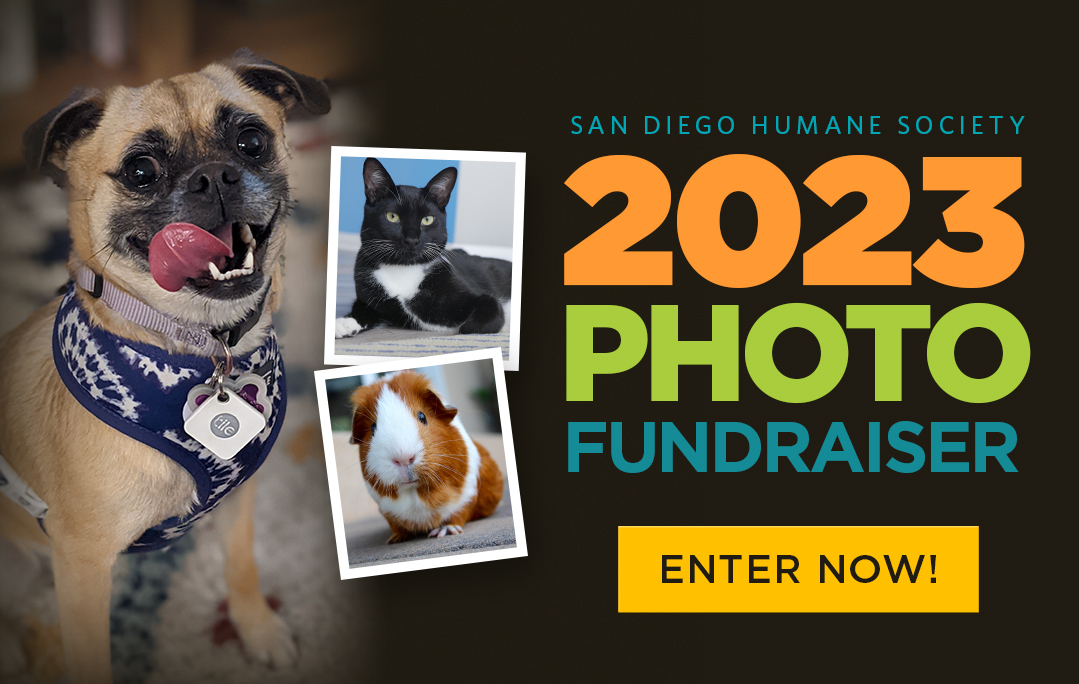 All San Diego Humane Society campuses are currently unable to take in owner-surrendered dogs, except in cases of emergency that threaten the health of the pet. You can learn more about this temporary change, browse our available resources or contact us to help. Thank you for your understanding.