Since founding New Life Animal Sanctuary in Lake Elsinore in 2008, Gina Lynn has dedicated her days — and many, many nights — to rescuing and rehabilitating test animals from laboratories. In our Animal People interview, Gina told us about her lifelong passion for animal rights and how rewarding it has been to give animals “Life After Labs.” 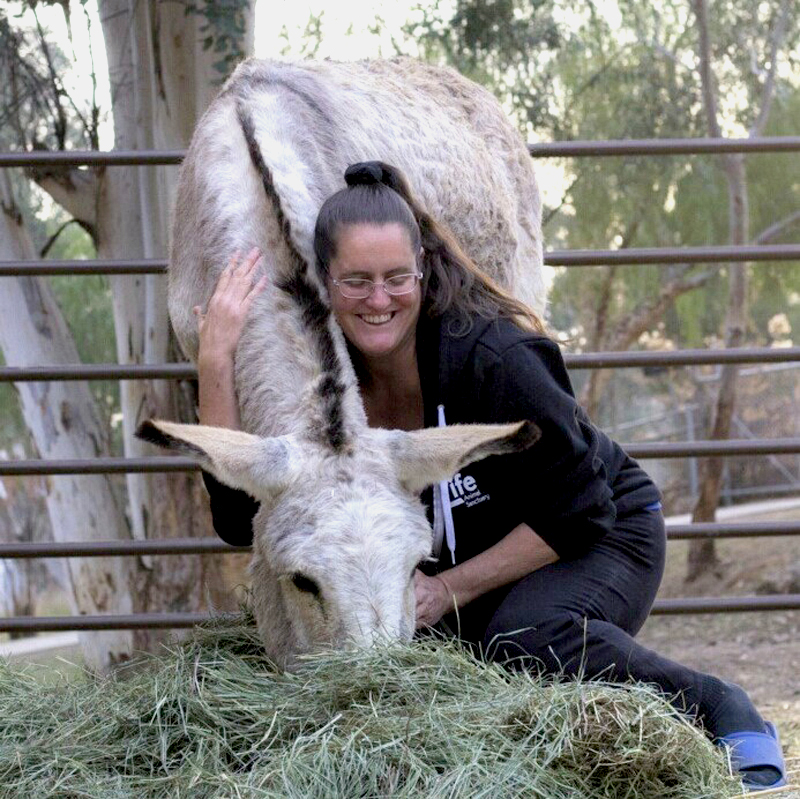 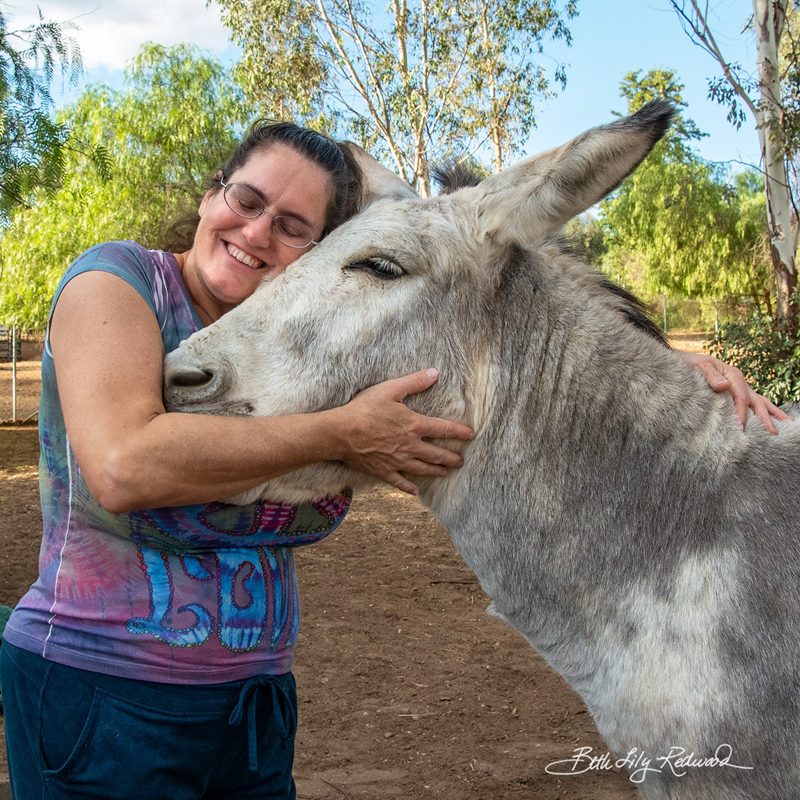 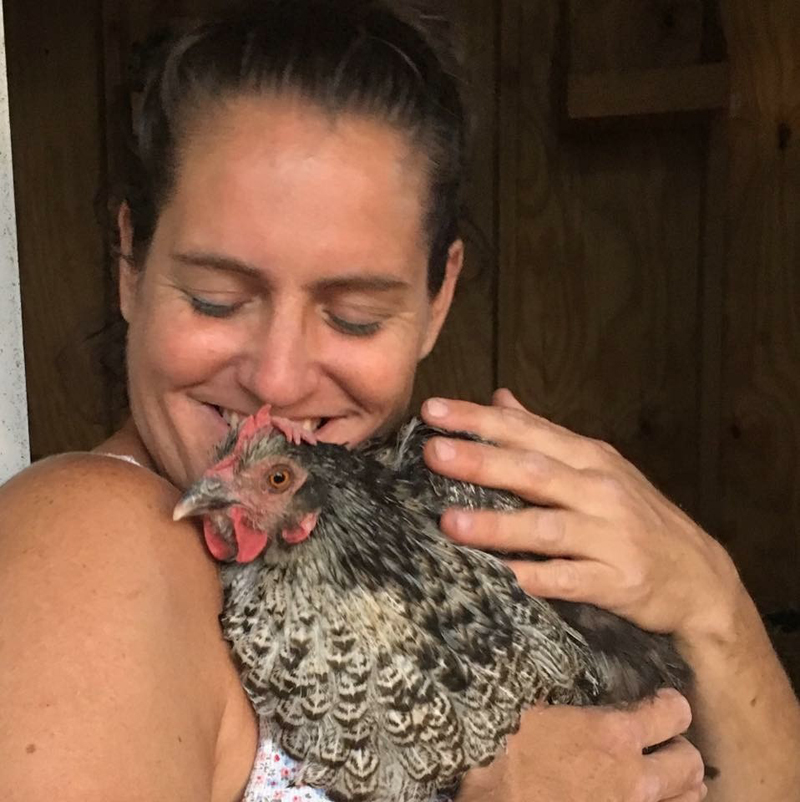 How were you inspired to start New Life Sanctuary?

My entire life led to this. I have always loved animals. Even as a kid, I was rescuing every injured bird and lost cat I found.

I always spoke out for animals and became an activist in my teens. I would protest against anything to do with the poor treatment of animals, fur, testing in labs and that kind of thing. I did that all through my 20s and part of my 30s, and I kind of got burnt out. I started looking for a gentler, more peaceful way to get the message across. I thought, “Why not have a sanctuary?”

How did you decide to focus on rescuing lab animals?

I was looking at sanctuaries that already existed for farmed animals and the difference they've made in the way people think about “food animals.” I knew we could do the same thing for animals in labs, making a statement in that way. Animals in laboratories deserve to have a life as well.

Your rescue’s slogan is “Life After Labs” — what does that mean to you?

I’ve done the protest thing, I've done the debate thing and I've argued with people. I've done all that and I don’t want to do it anymore. I just want to find some common ground, because people will always think they need to research on animals. Of course, I disagree; but rather than argue with them about it, why don't we agree that animals deserve to have a life after? That’s how our slogan came about.

What types of animals do you generally care for?

We care for all sorts of animals. We rescued 31 pigs from a laboratory, tons and tons of rabbits, rats and mice, three dogs and a cat. We even have pigeons from labs.

Even though our focus is on animals from labs, we do have animals that aren't from labs, like peafowl and pheasants, and even a golden crowned pheasant. We have cows and donkeys who aren't from labs. There are always exceptions, but our focus and our main goal is to educate people about test animals. 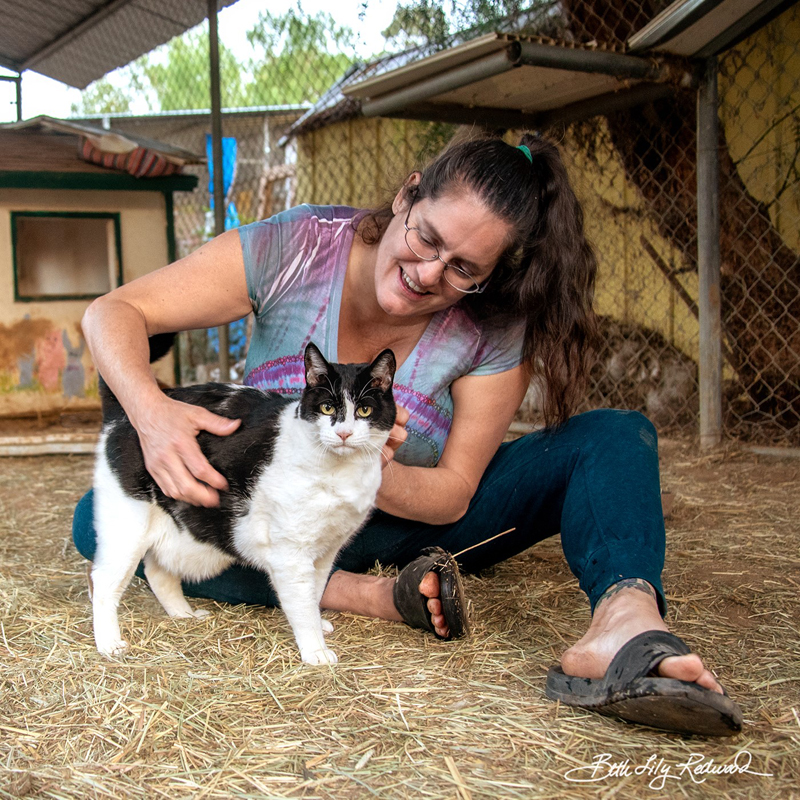 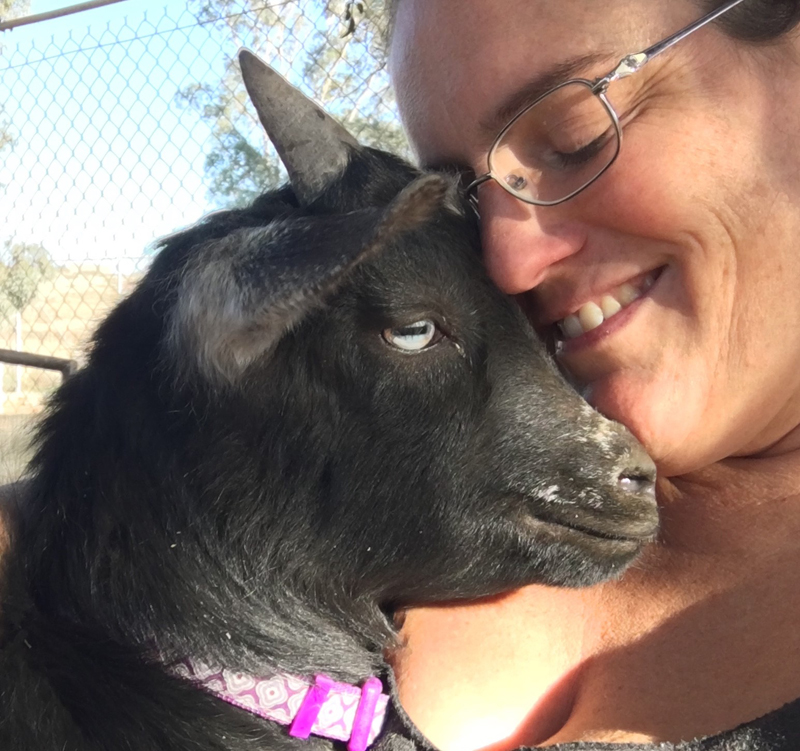 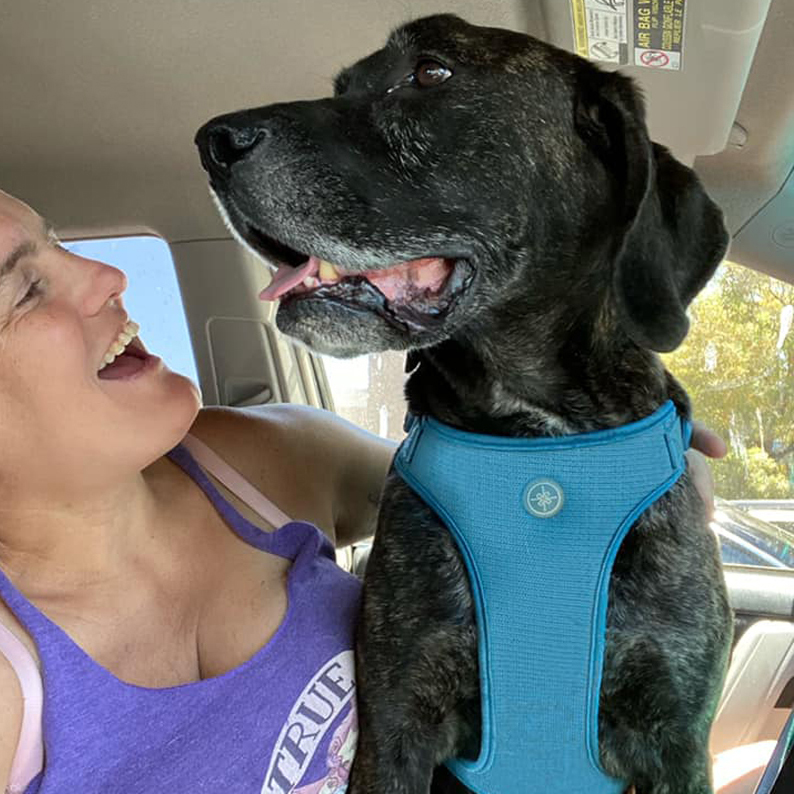 Are there other exceptions to the animals you help?

On the side, we’ve also rescued a lot of wildlife from shelters. We work with shelters to transport wild animals to proper rehabbers. I spend hours each day helping wild animals, especially during the spring and baby season. It’s a unique part of what I do, and while it sort of started as an accident, I really love doing it.

How many animals are you caring for at any given time?

How do animals come to New Life Sanctuary?

We've sent out letters to every registered lab in the state, and even a few other states nearby. Animals usually come to us through word of mouth. Somebody knows somebody at a lab. More and more, labs are willing to retire animals, which I think is a great thing.

What’s your goal for each animal who comes to the sanctuary?

It also depends on the species and what they like. Rats and mice really, really, really love having things to hide in, and a lot of people don't know that they've never had that in a lab. Each species of animal, they should have whatever it is that they want.

If an animal is fearful and doesn't really want to be touched, then I take a hands-off approach, other than giving them the treatment and vet care they need. I just want their lives to be infinitely better. It's not perfect, but we do the best we can.

How many animals have you saved?

We’ve saved well over 1,000 animals from laboratories and that feels wonderful to me. But then when you think that there's millions of test animals killed every year, it's just a drop in the bucket. I just have to focus on the lives that we can affect and make sure that they can be ambassadors to get the message out to the rest of the world.

How can people make a difference for these animals?

I think it's really important for people to meet the animals face to face, look into their eyes and imagine what life in a laboratory was like. Our main goal with education is to encourage people to buy products that are not tested on animals. It's my hope that when people meet these bunnies and imagine products being dripped in their eyes and on their skin, they'll think about that when they're going to buy their shampoo, makeup and those kinds of things.

The number one thing people can do is to not buy products from companies that test on animals. Buy from smaller companies that are cruelty-free. I can't think of anything more important than that.

You dedicate every day to taking care of these animals. What have they brought back to your life?

Oh, unconditional love. Some of them don't want to be loved, and that’s OK. I’m a dog person, and there really is nothing like the love of a rescue dog. There’s a satisfaction in knowing that I've made a difference. Sometimes it gets really, really hard and I want to give up, but then I look around at these faces. Even the ones who don't want to be touched and don't want to be affectionate with me are just so lucky to be alive. I did that. That satisfaction is the only reward I ever need, knowing that these animals have been saved.

What’s next for New Life Sanctuary?

The last year with COVID has been really, really hard with volunteers and donors. We haven't been able to have the events we normally have. It's been really hard, but I’m looking at it as an opportunity to sort of regroup and reorganize. I want us to grow and build our volunteer base back. Hopefully, we can rebuild bigger and better.