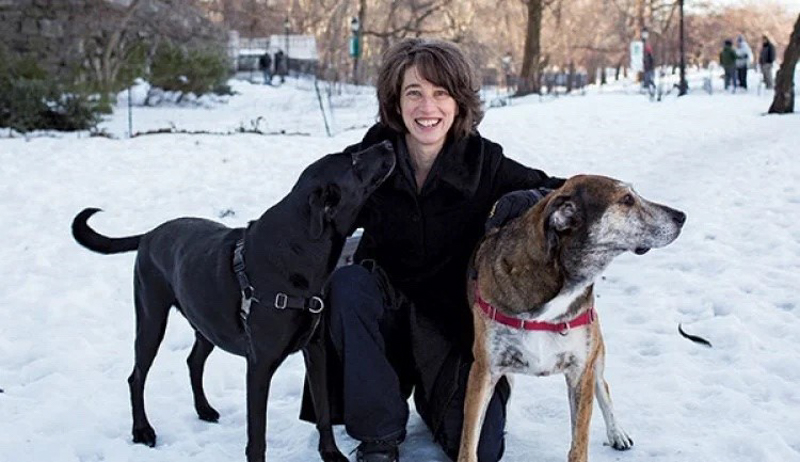 A wagging tail, an excitable jump and a curious, sniffing nose are dog behaviors we're all familiar with, but have you ever examined the "why" in your mutt's motives? Alexandra Horowitz is a leader in the field of canine cognition whose research paints a vivid picture of what life is really like for our beloved canine companions. The dog-driven author, professor and senior research fellow shares a glimpse inside the minds of mutts and tells us about the special animals who've inspired her in our Animal People interview.

Who was the first animal to make an impact on your life and what do they mean to you?

First of all, I love that the question was phrased "who," not "what." That reflects a huge shift over the last decades that is meaningful to me: acknowledging the individuality — the personness — of even non-persons. Yay for that!

As for the first animal to make an impact in my life, that would probably be Aster, an Australian shepherd-looking mixed-breed dog we lived with when I was a child. We met him at the Denver Dumb Friends' League as a puppy, when I was kind of a puppy myself. Apart from being a great friend and warming my feet in bed on cold nights, he also spurred my concern for animals as a young person — wondering what they were doing when we weren't around, seeing how things could go better or worse for them. That seed of attention affected my life.

Did this early interest in dogs inspire your future career?

There was no field of "canine cognition" when I began studying dogs. When I was in graduate school at UC San Diego for cognitive science, I was very keen on what we could know about nonhuman animals' minds from observing their behavior. I thought play behavior, in particular, might reveal something about what nonhuman animals know about each other's minds, just as children's social play is a time for them to learn about other minds and perspectives. And it finally occurred to me that dogs would be a great subject here, as they play into their adulthood, and are ubiquitous. My dissertation was on theory of mind and social play in dogs, and after I graduated I just got interested in the dogs for their own sakes. There was a convergence of people starting to study dogs around the world at that same time that led, eventually, to a field of canine cognition. 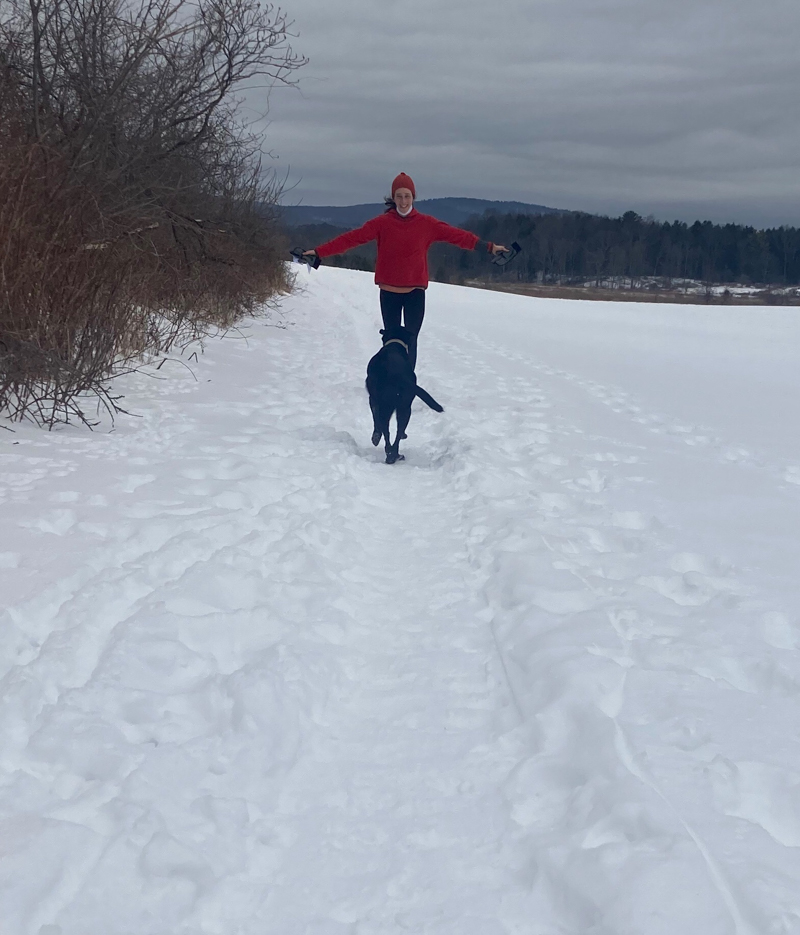 What have you learned about our relationships with dogs that you want more people to know?

The fact that dogs live in a parallel world of smell alongside us is fascinating to me. As we see the world, they smell it. Appreciating this explains all sorts of dog behaviors (jumping up to smell us, their interpersonal behaviors, fascination with the sidewalk curb), and makes me even more curious about how they experience the world. A world of smells isn't as fixed as a world of images, so I think it must mean their sense of time and of "what is happening right now" is different than our own.

Once I began to see how a little understanding of a dog's experience could change how I interacted with dogs myself, I realized that I had a great opportunity to spread the word. As someone whose research happens to be with an animal in tens of millions of homes, I am in the great position of being able to reach a big audience and describe what the science knows about those animals. I not only want to improve the life of my own dogs, I want all dogs to be living their most "dogful" lives.

Who are you current pets?

It's hard for me to answer this without foregrounding Finnegan and Upton, two wonderful older dogs who both died earlier this year. I don't think of them as "current pets" anymore, but I still think of our family as including them. We also live with Quiddity, who we adopted as a young puppy from a woman fostering a pregnant Australian cattle dog mix and then her pups, and Edsel, a calico cat we adopted from a guy who is a kind of one-man rescue group for street cats in Manhattan. Edsel had been prowling through Brooklyn backyards.

The animals who live with me are essential companions. We value their company and spend a lot of time observing and reveling in them. I can't imagine living without animals. They root me to the wonder that the natural world is due. 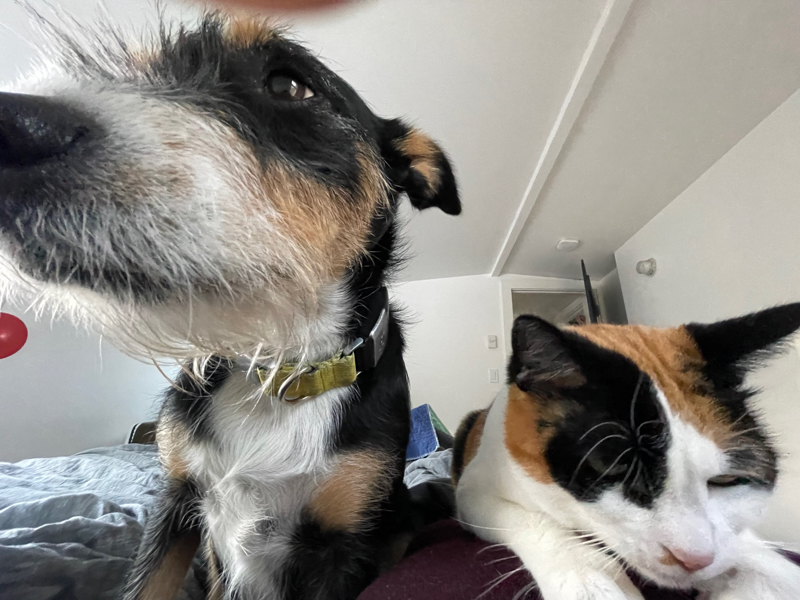 Why do you think it's important to adopt animals?

We have only ever adopted animals. In the cases of dogs and cats, these animals are healthier and live longer lives. But I also appreciate the individuality of adopted animals: they are not someone you "designed" or who is alleged to have guaranteed behaviors ("friendly and loyal!") or looks. They are individuals you are adding to your family, and it's important that we not treat them like products, like commodities, from the get-go.