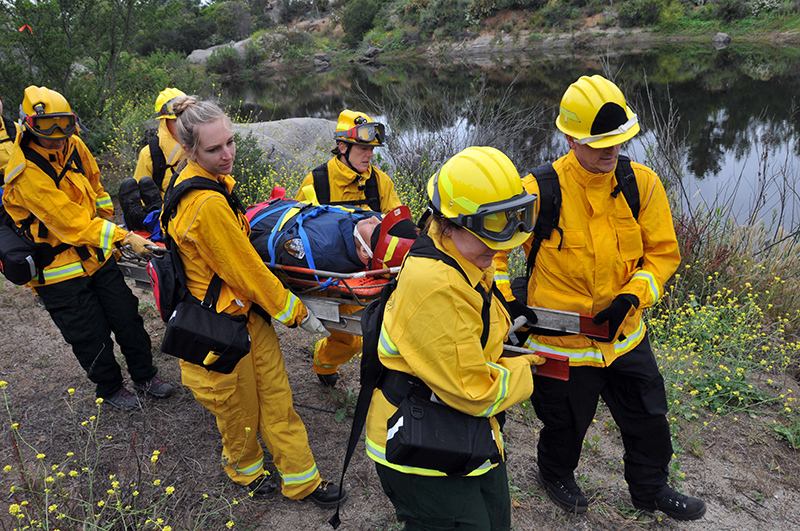 San Diego Humane Society’s Emergency Response Team is something of a model nationwide. The ERT consists of 165 people ready to spring into action to rescue or care for pets, manage tracking systems, run shelters—whatever’s needed.

Over the past several years, San Diego Humane Society staff and volunteers have deployed across the country to assist local emergency response teams on the ground during natural disasters and animal cruelty incidents. They traveled to New York City to help quarantine hundreds of cats sick with bird flu; they lent a hand at a Midwest emergency shelter; they stepped up to care for animals following the Camp Fire in Northern California; and that’s just to name a few.

More than half of households in the U.S. have pets. And any incident that affects humans—fire, earthquake, extreme weather—will endanger our dogs, cats, and other animals, too. Fortunately, just like people, animals are a top priority whenever disaster strikes.

During any large-scale event, you’re certain to find responders working to rescue and care for our pets and livestock. And thanks to a well-coordinated nationwide response network, when the need is great enough, animal welfare personnel can rush to the scene from around the country to lend a hand.

“We want to help animals wherever we can,” says John Peaveler, who as SDHS’s emergency services administrative lieutenant runs its Emergency Response Team. “We train and equip people who can help after disasters or cruelty events, and we also get valuable training through that.”

Aside from protecting their well-being, rescuing and caring for pets has the added benefit of keeping humans safe. Responders have learned that people will go a long way to protect their pets—sometimes as far as endangering themselves or others. Historically, many people have ignored evacuation instructions because they could not bring pets along. Others have worsened dangerous situations by returning home to retrieve beloved furry friends. For those reasons and more, the response to any emergency in the U.S. includes evacuating, sheltering and providing veterinary care for animals, as well as reuniting lost pets with their owners.

We may never know when the next emergency will occur, but we can take heart that when it does, our pets will be a top priority.

It wasn’t always this way. During Hurricane Katrina, there was little focus on animals. Thousands of pets died. Many more were transported out of the region and, without plans for being returned to their owners, given up for adoption to other homes.

This dire situation prompted federal legislation. Signed into law in October 2006, the Pets Evacuation and Transportation Standards Act requires local jurisdictions to include animal evacuation and sheltering as part of their emergency response.

“Katrina really awakened the country’s appreciation for having a plan to address animal welfare issues,” says Dr. Dick Green, senior director of disaster response for the ASPCA. “It was a turning point for us to bring animals to the forefront. Today, when we have a disaster, animals are right at the top of the list; we don’t have to wait for anything.”

Emergency managers must evacuate kennels, use proper transportation methods and tracking systems, and establish shelters in suitable locations, among other things. Even animal sellers and research facilities are encouraged, though not required, to have contingency plans.

It Starts with a Local Emergency Plan

Every disaster response begins with a community-scale emergency operation plan laying out how people, animals and property will be protected. It establishes who’s in charge, defines everyone’s duties and details mutual aid agreements with other agencies. These plans are developed by members of the community who will have a role to play; in the case of animal welfare, it’s often emergency managers, veterinarians, animal control officials and directors of humane shelters.

In the event of disaster, responders from these differing organizations are ready to work together. In one recent local example, the American Red Cross of San Diego/Imperial Counties coordinated with SDHS to shelter people and pets together during the 2017 Lilac Fire in North County. As the fire raged, pets were sheltered on tennis courts near a school gymnasium where their owners were staying. Similarly, during the 2018 West Fire, pet owners could move their cot into the pet shelter to sleep by their friend’s side.

Local emergency planners have only so many resources in a given region. Bigger disasters call for reinforcements.

Pitching In from Near and Far

When local resources are strained, emergency managers can call upon responders from outside the region who will be reimbursed for their work by the government. In large-scale emergencies, national organizations such as the ASPCA, American Humane Association, and Humane Society of the United States can bring their considerable resources to bear. One group, the nonprofit Wings of Rescue, flies sheltered pets out of disaster areas to make room for incoming animals. The ASPCA specializes in responding to significant incidents of abuse or neglect.

Some regions are better prepared than others. San Diego Humane Society’s Emergency Response Team is something of a model nationwide. The ERT consists of 165 people ready to spring into action to rescue or care for pets, manage tracking systems, run shelters—whatever’s needed.

“We have close partnerships with the Humane Society of the United States and the ASPCA,” Peaveler says. “When they’re going to respond to a disaster, we’re on their list of organizations they can contact and say we need X number of people.”

About two-thirds of large metropolitan areas have a dedicated animal welfare response team of some kind, according to Dr. Green of the ASPCA. “I can tell you that less than a quarter of those are on the level of SDHS,” he says. “We don’t request just any response partner. We want partners that are well trained and have experience we’re looking for. That’s why we lean on SDHS.”Emergency preparedness tips for pet owners

Disasters like earthquakes and wildfires are major concerns here in San Diego, but pet owners can ease their minds by knowing what to do in an emergency and having a solid plan in place.

Brush up on the basics and download the Pet First Aid app from the Red Cross for a comprehensive guide.

Dehydration
To know whether dogs are dehydrated, gently pinch the skin between their shoulder blades. If it remains tented, they
need water.

Burns
Run cool water or place a cool compress on burned areas, then place a clean, moist cloth on the injury (without adding any ointment or jelly).

Drowning
Lift an unconscious dog up by his hind legs to drain water from his airways, then lay him down with the head slightly lowered and check his airways, breathing and circulation. Perform CPR if needed.

Wounds
Flush with a saline solution made from 1 tablespoon salt per quart of warm water.

Use these resources in the event of an emergency or to prepare for one:

This app has a wealth of preparedness information. It lets you create a personalized plan and maps out shelter locations.

Available for free in the App Store and on Google Play.countyemergency.com

Dial 211 to receive information about local emergency and disaster services in 200 languages.

San Diego County is testing the ShakeAlert early warning system, which can send alerts to all wireless phones a few moments before an earthquake reaches them.

Get notifications about and updates on emergency situations automatically sent to your cell phone. Register your number at

“What we do is expensive and requires training—donations are always needed to ensure we can be ready when disaster strikes,” says John Peaveler, who heads the ERT. To donate, visit sdhumane.org.

There’s something for everybody in emergency response. To join the ERT, Peaveler recommends learning about SDHS to see where your skills are most needed—there are roles ranging from administrative to animal care. Start your search at sdhumane.org/support-us/volunteer.

Get involved by learning more about the organizations keeping our animals safe during disasters, and consider making a donation. 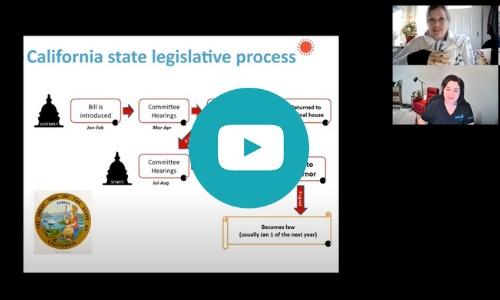 Learn what goes into creating and passing laws to protect and advocate for wildlife with our Director of Government Relations, Julianna Tetlow, and the President of Fearless Advocacy, Jennifer Fearing. 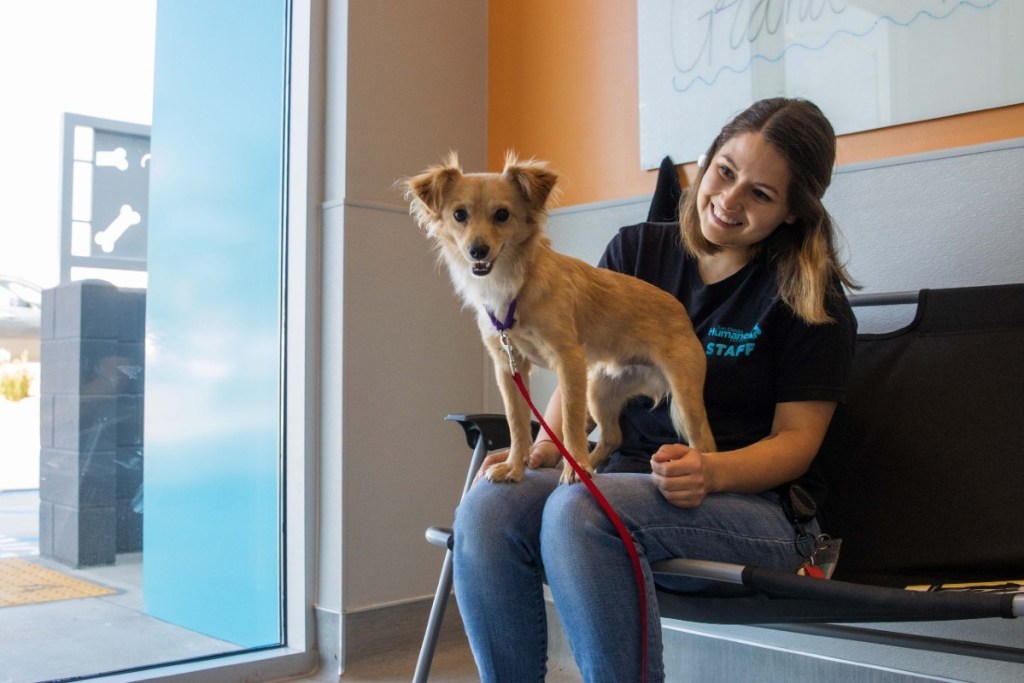 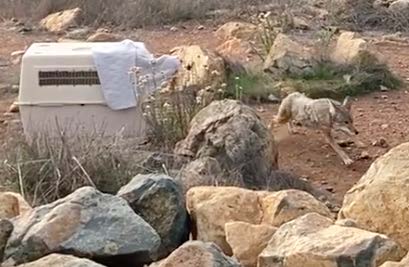 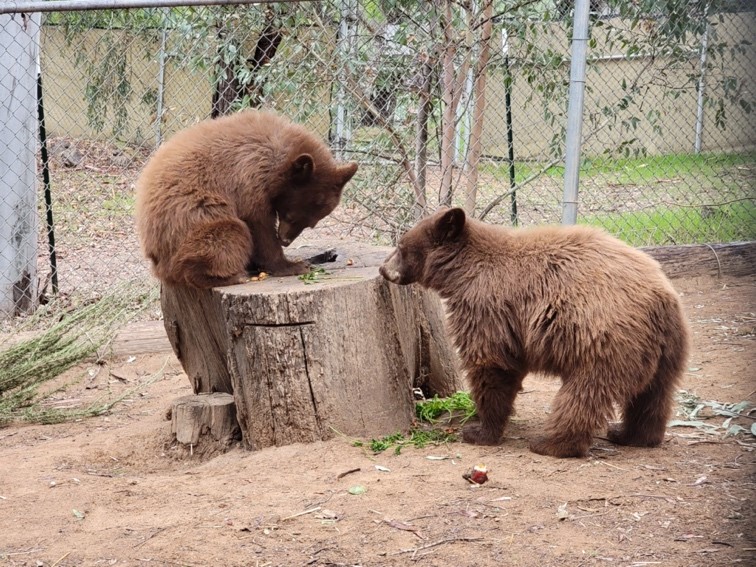 The cubs are growing stronger and more confident in their outdoor enclosures at our Ramona Wildlife Center. 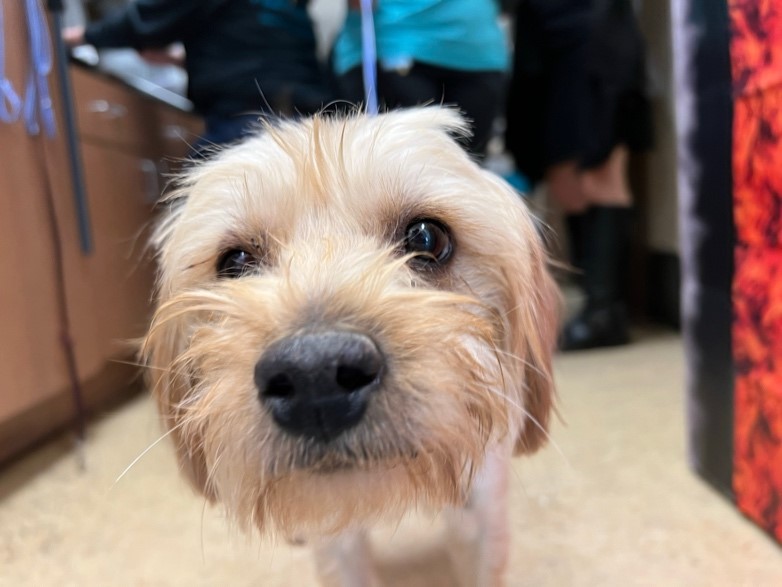 Monthly transports from Imperial Valley will save lives and alleviate shelter overcrowding.

Additionally, the following services have been temporarily suspended at our Escondido Campus only:

Thank you for your understanding and patience.